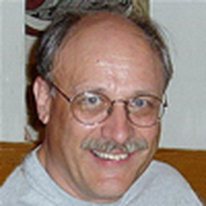 Teaching
Graduate Program AffiliationsResearch Interests
My research is primarily concerned with the shark faunas during the Neogene polytaxic maximum (NPM). The NPM began following a prolonged period of very low global temperatures in the Late Oligocene (Chattian) about 26-27 Mya. By the late Early Miocene (Burdigalian) global temperatures and atmospheric carbon dioxide levels increased until they were comparable to those of today. This period was characterized by a marked diversification and expansion of marine communities. The end of the NPM began with episode of global cooling 3.6-2.0 Mya in the Late Pliocene (Piacenzian) and concluded with a major turnover in marine biotas 2-1 Mya.

During the NPM shark faunas underwent two fundamental changes. The first was faunal modernization where middle trophic levels previously dominated by lamniform sharks with tearing-type teeth (i.e., tall, slender crowns) were replaced by carcharhiniforms with more versatile cutting-clutching dentitions (i.e., serrated, blade-like teeth in the upper jaw and slender, erect teeth in the lower jaw). This rise of the carcharhiniforms appears to have been associated with the diversification of marine invertebrates and teleosts in the tropics beginning in the Late Paleogene and continuing through much of the later Neogene.

The second change in NPM shark faunas was a remarkable burst of gigantism in several distantly-related orders, including the hexanchiforms, lamniforms, and carcharhiniforms. All polytaxic maxima are distinguished by the evolution of an exceptionally large ‘superpredator’, and this role was filled by the enormous megatooth (= giant white) sharks of the genusCarcharocles during the NPM. Gigantism during the Neogene appears to be correlated with a corresponding diversification of advanced cetaceans and pinnipeds. Near the end of the NPM both cetaceans and pinnipeds shifted their centers of diversity to colder, more polar oceans, and the temperate-dwelling giant sharks were left without a reliable food base.

By the Late Pliocene, the NPM was coming to an end; almost all of the gigantic sharks were extinct and essentially modern, carcharhiniform-dominated shark faunas remained.

My current research focuses on the early stages of the NPM (Late Oligocene through Middle Miocene) in the Mid-Atlantic of the eastern United States when many shark taxa where rapidly diversifying and shark faunas were increasing in structural complexity. Fundamental questions, such as the organization and temporal extent of different faunas and the role of the giant sharks in determining the structure of faunas are at present very poorly known, and the goals of my research.

Representative Publications
Awards
Education
Back to Directory
Department of Entomology