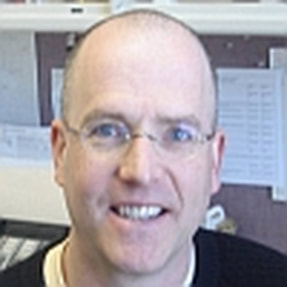 Research Interests
Our work emphasizes the interaction of genetic and ecological forces and the evolutionary consequences of those interactions. Using a combination of quantitative and molecular genetic approaches we study population genetic processes in pest insects to understand how they became pests, how they have evolved to counter our control efforts, and how we might use evolutionary thinking to better manage those pests. We are also using insects as models for understanding the genetic basis of adaptation and speciation. We have constructed genetic linkage maps for the Colorado potato beetle (Leptinotarsa decemlineata) and the pea aphid (Acyrthisiphon pisum).

These maps have been used to identify quantitative trait loci (QTL's) that underlie variation in ecologically important traits in these insects. In particular, we are interested in the evolutionary process by which the Colorado potato beetle acquired potato (Solanum tuberosum) as a host plant (a great example of animal adaptation to a changed environment) and the means by which it has become resistant to many classes of insecticides. By understanding the genetic basis of insecticide resistance we will contribute both to the development of management plans to slow or prevent the adaptation of this pest to new insecticides and to the rational development of those new compounds. Our work on the pea aphid is also focused on the genetic basis of adaptation of an insect to its host plants. We have dissected the genetic changes underlying a dramatic host-plant associated schism among pea aphid populations. This host-plant mediated divergence has many of the elements necessary for sympatric speciation. In support of both of these projects are phylogeographic analyses of these species to help us understand some of the historical context of the contemporary processes that we observe. We are investigation issues in conservation genetics using experimental and phylogeographic approaches.