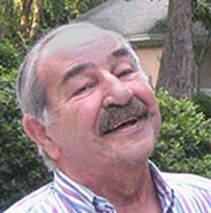 The Entomology department has established an endowed scholarship fund in honor of Dr. Allen L. Steinhauer (1931 - 2008), Professor Emeritus, who was a member of the Entomology faculty from 1958 - 1993 and served as the Department Chair from 1975 - 1993. Al was internationally renowned for his contributions to the development of Integrated Pest Management (IPM). He left a rich legacy as a teacher, scholar, scientist, administrator, and cherished friend to many. The Steinhauer Fund provides financial support to graduate students who are advised by faculty members in the Department of Entomology. .

Donations will be gratefully accepted.
​
Click here to make your gift online. If you prefer to send a check, please make it payable to the University System of Maryland Foundation, and note on the check that your gift is intended for the Entomology - Steinhauer Fund. Mail your check to:

About Al Steinhauer
​Al arrived at Maryland as an assistant professor in 1958, advancing to associate professor in 1964. From 1966 to 1968 he de-camped to the University of São Paulo, Brazil, where he set up a still-thriving entomology graduate program with support from USAID. For this and other contributions he was honored by the Academy of Sciences in Brazil and had a Brazilian mite named for him. Returning to Maryland, Al became a full Professor in 1971, and served as Chair from 1975 until his retirement in 1993, a period during which the department’s reputation increased greatly.

Al is one of the most distinguished entomologists ever to grace this department. He was internationally renowned for his contributions to the development of Integrated Pest Management, exemplified by the fact that at one point he was invited to address the United Nations on this subject. One of Al’s early successes was the development of an innovative control strategy for the Mexican bean beetle. His team introduced the idea of “nurse plots” of snap beans. These plots allow the biological control agent to build up large populations before the bean beetles attack their main economic host, soybean.

Al leaves a rich legacy as a teacher, scholar, scientist, administrator, and cherished friend of many. He established a strong tradition of decision-making by faculty consensus and graduate student participation in department affairs, and by his own example made consideration toward others a watchword of the department.
​
​Giving to the Department of Entomology
The College of Computer, Mathematical and Natural Sciences' development staff is available to answer your questions and to discuss this and other ways to support the Department of Entomology and will do everything to ensure you are satisfied with your contribution.